Abstract: Rather than exploring technology reliant techniques, this chapter considers the role of objects as a tool of elicitation and a way to engender participatory forms of research where participants can more easily set the agenda and lead the conversation. The chapter explores the usefulness of objects in relation to three distinct approaches. First, it is interested in the artefacts, objects and things that belong to participants: these are items that they own, which are shared with the researcher. Second, there is an exploration of ‘third objects’ that are introduced to the interview space by the researcher to provide a point of focus and to generate discussion. Third, the chapter examines the use of multiple objects and an accompanying backdrop scene (here a sandbox and doll's house), which are provided by researchers for participants to build a representation of an aspect of their lives or to create a scene in response to a specific research question. The chapter draws on a range of empirical examples to illustrate how objects are utilised in the research process, and what can be gained from their introduction as tools of elicitation.

My notes: This handbook has many interesting chapters, but this one in particular I think can help design researchers see how often times their claims of originality are really just evidence of their lack of awareness and appreciation for how other disciplines conduct research. In particular, I've heard *many* design researchers make claims about their use of artefacts and artefact-creation in so-called 'design workshops' used for research purposes. The problem is that they seldom acknowledge the various scholars across social studies and other fields who adapt and apply 'creative methods'. I still believe that 'designerly researchers' (Joyce Lee dixit) have a lot to contribute to these efforts by applying their knowledge and intuitions of the visual, material, and tangible qualities of artefacts and their potential for research activity. All good for those using 'design probes' and 'design workshops' as research methods, except please do your homework and respect non-design researchers who have already been working on these spaces for many years. 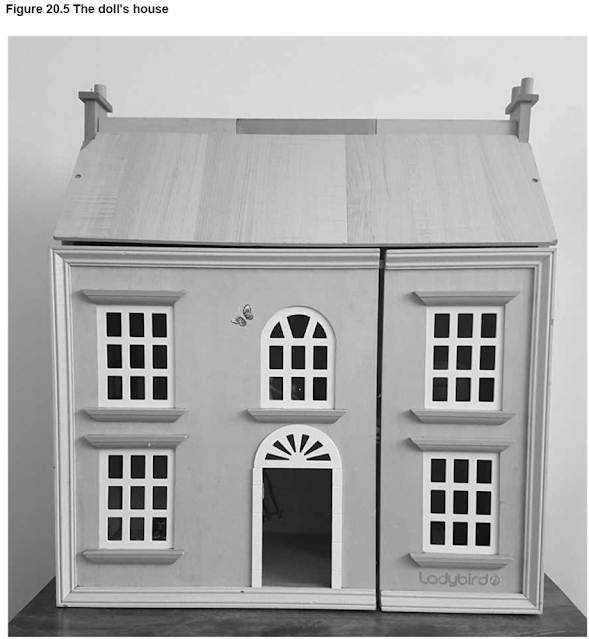 Posted by Ricardo Sosa No comments:

My notes: Accessible and general discussion that helps inform ways forward to transform design based on indigenous epistemologies. Watene talks specifically about the 'capability approach' but these ideas are easily transferable to design work.

Posted by Ricardo Sosa No comments:

Abstract: Engagement events—whether interviews, installations, or participatory encounters—can entail a range of happenings which, in one way or another, “overspill” the empirical, analytic, or political framing of those engagement events. This article looks at how we might attend to these overspills—for instance, forms of “misbehavior” on the part of lay participants—not only to provide accounts of them but also to explore ways of deploying them creatively. In particular, Stengers’ figure of the “idiot” is proposed as a device for deploying those overspills to interrogate “what we are busy doing” as social science researchers in engagement events. This interrogation is furthered by considering the proactive idiocy of “Speculative Design’s” version of the public engagement with science which seems directly to engender “overspilling.” Providing examples of speculative design prototypes and practices, the article develops an ideal typical contrast between social scientific and designerly perspectives on public engagement. It is suggested that speculative design can serve as a resource for supplementing “science and technology studies” (STS) conceptualizations of, and practices toward, public, engagement, and science.
My Notes:
This paper makes a couple of thought-provoking contributions. One in relation to 'misbehaviours' that tend to go unnoticed in events such as participatory workshops, which Mike Michael tentatively classifies as:
The second argument is that 'speculative design' offers a complementary way of engaging with people. summarised in Table I below, and by the title of this post, a direct quote (p. 541):

"Speculative design’s efforts are ‘'idiotic’'... an idiotic prompt to reflection on, and a slowing of, what STS practitioners are busy doing"

Extra note: The journal "Science, Technology, & Human Values" has interesting content of relevance to designers. And it includes papers authored by design researchers, so it seems like a suitable outlet in addition to the more typical 'design research journals'...
Posted by Ricardo Sosa No comments:

Abstract: As a theory and practice within the field of participatory design, infrastructuring holds complex intersections between people, groups, technologies, systems, and ideologies in view. Building on other researchers in participatory design, this article argues for an approach to infrastructuring that focuses on how we do, and create capacity to do, the work of infrastructuring locally with people and groups affected by and working in relation to the systems we seek to engage. These dynamics are explored in the literature and through a case story of an embedded design engagement with a social justice organization, where our focus and the relational practices we designed through long-term work together were shaped by the intersections of local, large-scale, and imagined infrastructures central to their organizing work.
My notes: Disclaimer, I know Shana personally and have learned about their work through personal conversations, still this paper blew my mind as I finally read it carefully in 2020, as it seems more relevant today than two years ago, or twenty as it feels now. Based on a project with a group that seeks to "make policing obsolete", Shana continues their previous work examining how designers 'infrastructure' (as a verb) in participatory projects. This is very welcome in PD where often papers (imho) merely report well-intended experiences done in/with communities. Shana's paper is refreshingly accessible for outsiders (like me) to grasp these ideas of 'designing for infrastructuring' where deep ideas are not always clearly articulated in the literature -it doesn't help that both of these terms are nouns and verbs and that people seem to enjoy applying new terms to very, very different things. Yes, Thomas Kuhn, I'm looking at your thirty uses of 'paradigm' here. At five pages long, the introductory section serves well as a literature review on 'infrastructuring' for the uninitiated.
Section 2 describes the case study where Shana uses the expression 'design of local infrastructures' to refer to the design of things like 'an internal campaign proposal graphic' and 'a system for first collecting stories'. Shana then focuses on a wall-chart they co-designed with the group in a process they relate to ‘participatory knowledge-building’ as a way that 'exceeds a primarily instrumental notion of participants’ contributions, and emphasizes the dynamic production of, and struggle for, knowledge as part of political engagement in (re)making the world they are researching' (p. 108).
Being 600% honest, I feel that in the design research community, the design of a checklist and a wall chart can seem at first exaggerated to analyse as 'infrastructuring', but one way I (think that I) understand this comes from my experiences with groups where a name for a project is being decided collectively: sometimes these discussions have taken extremely deep and rich turns where members of the team suggest names and slogans that help everyone understand where others are coming from and how they actually see the work and the goals, even the worldviews of others. 'Naming the baby' in those occasions has ended up being one of the most important planning stages, as the name becomes the 'piñata' that is collectively assembled and filled with everyone's ideas, and then the lolly scramble reveals deep assumptions, agendas, identities, and relationships. If I'm correct, such 'transition points' as Shana calls them can be designed and thus it follows that designers could (should?) be educated to be experts in facilitating transition points in collective projects (participatory, n-disciplinary, etc). I am both excited to think and work on that premise, but also remain sceptical that transitions can be 'designed' at least in the conventional use of the word by designers. I think, for example, of the years that passed from the creation of "Black Lives Matter" by Alicia Garza, Patrisse Cullors, and Opal Tometi in 2013 to its general acceptance and embracing by the general population in 2020. Would design interventions shorten such 'natural diffusion times'? Designing in such contexts implies a degree of control and top-down decision-making that may not be desirable or possible. I'm sure that Shana has a lot to say about this and I look forward to learning from their wisdom soon.
Posted by Ricardo Sosa No comments: